Community FAQSign In
Turn on suggestions
Auto-suggest helps you quickly narrow down your search results by suggesting possible matches as you type.
Showing results for
Show  only  | Search instead for
Did you mean:
Options

Hello, after upgrading LSPush to 6.0.0.2 in addition to updating the tsSysConfig file to point to the appropriate version of lspush our clients (Windows 7+) are experiencing a black screen when attempting to log into their system. We have it configured as an enforced user login script that runs and points to our server. It hangs for 5 minutes and users cannot continue until the system forces GPO's to quit after the 300 second timeout.


Any ideas or thoughts on how to get this resolved?

***EDIT***
There have been no other GPO changes other than updating the file version within the GPO. Once we remove the EXE from the GPO, clients no longer experience the black screen.

As an FYI for anyone who experienced this black screen issue: Lansweeper version 5.3.0.15 contains a new version of LsPush (6.0.0.3) which reverts the change we had done before. Instructions on how to update Lansweeper can be found here. The new LsPush executable will be stored on your Lansweeper server under Program Files (x86)\Lansweeper\Client.

As an FYI for anyone who experienced this black screen issue: Lansweeper version 5.3.0.15 contains a new version of LsPush (6.0.0.3) which reverts the change we had done before. Instructions on how to update Lansweeper can be found here. The new LsPush executable will be stored on your Lansweeper server under Program Files (x86)\Lansweeper\Client.
1 Kudo
Share
Reply
Go to solution 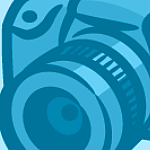 you can also run the lspush as a windows task which is what we do on our network. lspush.exe resides locally and task is triggered every day at certain time, if the task doesn't execute that time then its run as soon possible.. that can solve some of the issues..

To deploy that you can use "run after scan" from package scheduler.
1 Kudo
Share
Reply
Go to solution

We received the question via mail as well and answered this:

The change between LsPush 6.0.0.1 and 6.0.0.2 is minimal. It is only related to the user interface of LsPush. We could not reproduce the issue so far. Possibly it occurs because the desktop was not opened yet at the time when your logon script gets executed and LsPush tries to center its UI to the logged on user's desktop.

Could you download LsPush 6.0.0.1 from here and replace the executable you are using with the old one. The scanning procedure is identical between both versions. If we could reproduce the issue, we will update LsPush in one of the future Lansweeper releases.
0 Kudos
Share
Reply
Go to solution

1 => copying the file at startup
2 => running the script synchronous

If it ain't broke, don't fix it.
1 Kudo
Share
Reply
Go to solution

Hi there, any response or support?
0 Kudos
Share
Reply
Go to solution 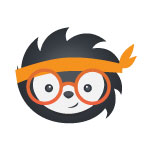 KHabershon wrote:
Hi there, any response or support?

If you have urgent questions, please send them to support@lansweeper.com. Emails are prioritized. Forum topics are only responded to when all emails have been processed, so it will take longer to get a response here.
0 Kudos
Share
Reply